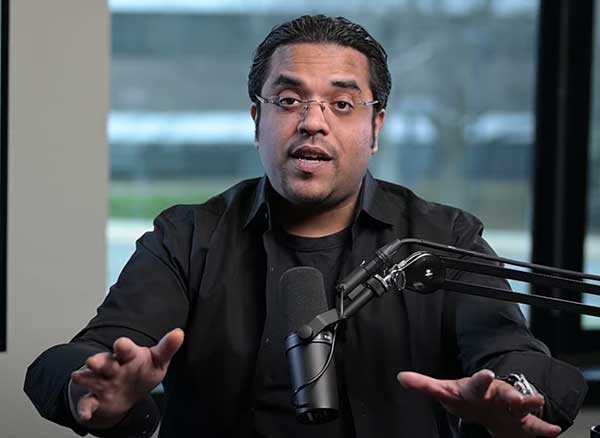 Is it possible to go from zero to millions per year using email marketing and promoting affiliate products? Anik Singal has done that repeatedly over a decade.

Anik is the founder of Lurn (also known as Lurn Nation), a company that offers online courses for online entrepreneurs.

These courses cover everything from affiliate marketing to Kindle publishing. There is also a variety of free courses available to include courses in digital marketing and digital advertising.

I first learned of Anik Singal many years ago after reading one of his books called The Circle of Profit. It is a really good book that explains how to start a business based on your passion.

NEXT: How I Went From Working a Retail Job to Working Full-Time On My Website

Anik’s background in internet marketing begins during his college years.

He was on the track to eventually become a doctor but risked dropping out of his pre-med program to go all-in on becoming an entrepreneur.

Family and friends thought he was making a big mistake but Anik wouldn’t give up.

After 18 months of frustration, Anik made his first money online, a total of $330 which would lead to the transformation of his business and many other’s lives as well.

Amazingly, Anik grew that $330 sale in to $10 million. His business grew with three offices worldwide and a large amount of employees.

Rather than give up, Anik went back to his formula. This time, what took him 6 years to earn $10 million dollars, only took him 16 months!

Now he helps educate others on how to create digital publishing businesses of their own through the courses offered inside of Lurn.

You may have also come across Anik after having bought or downloaded one of his many books based on email marketing.

Some of the titles include The Email Lifeline and The Email Edge. If you browse his YouTube channel, you’ll also find several videos that focus on learning email marketing.

Anik credits email marketing for saving him from bankruptcy when his company went under and he was millions of dollars in debt.

I’ve heard him state in a few of his videos that building an email list of at least 10,000 subscribers can generate a steady income online.

He is not the only instructor within Lurn but he does offer several of his own courses.

The Email Startup Incubator Launch Pad is one of his highest-rated courses and is priced around $997 and offers 185 lessons.

I can attest to email marketing making a significant difference in affiliate sales.

I’ve barely scratched the surface of using email marketing but it has made an improvement in my own business.

Is Anik Singal a Scam? Is Lurn a Scam?

It’s unfortunate that many online business owners are often labeled as being a scam.

This is often the case when they are selling online courses.

The reason is that the scammers that do exist create a negative reputation for the entire internet marketing industry.

However, Anik is a legend in the internet marketing world. Besides being the founder of Lurn, he runs a popular podcast called The Fighting Entrepreneur.

He has over 15 years of experience in the internet marketing industry.

As far as the Lurn platform goes, I have signed up to it for free in the past. There are many free courses offered as well as premium courses for a fee.

Doing a bit of research online, I did come across some course buyer comments stating that some of Anik’s courses are overpriced.

Catch is one course was $5,000 and the other $10,000 and you had to buy them together. Being ambitious and naive our business took a massive hit to fund this. I mean they told us we could be making $10,000 a month just using the system from the one course.

The common complaint is that those high-ticket courses don’t offer any results.

When you read statements like the above, it does appear the company is over charging. For an investment that large, you want to recoup your investment in a timely manner.

I don’t think all high-ticket offers are a scam. You do have to do to your own research before investing.

There is nothing wrong with buying online courses or training. If I hadn’t invested in online training, I know my online business would have taken longer to create and become successful.

I definitely took a chance but I didn’t spend anywhere near thousands of dollars to get started. My initial investment was under $50 and it paid off.

No online course is going to make you successful. You still have to put into action what you learn from the course.

I think it’s important to do your due diligence before investing in anyone’s course or training.

As far as Anik Singal goes, I do like the information that he shares. I was impressed by his book The Circle of Profit and his YouTube videos offer a lot of value as well.

There are a variety of training and courses that offer exceptional value for a lot less money.

ALTERNATIVE: How I Took a Simple Blog and Created a Steady Online Income

Hi! I'm Eartha. I'm a full-time affiliate marketer. I review various affiliate products & programs in order to help you earn more income online. Follow the same training I used to learn how to earn income with blogs and affiliate marketing. Click here to get started for free!

Fill out the form below and submit your email address to receive regular information on affiliate marketing starting with my FREE guide.